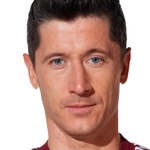 49 minutesRobert Lewandowski and Leroy Sane are ready for a free kick from a cross from 22 yards. The Pole runs for the ball and Sane can’t get past the wall.

47 minutesLeroy Sane plays the ball halfway into the penalty area from the right. Jamal Musiala takes the ball well at first. But as the angle is unfavorable, he tries the heel to Robert Lewandowski. It doesn’t work well enough.

46 minutesThe ball rolls again in front of 75,000 spectators in the sold-out Allianz Arena.

No goals have yet been scored at the Allianz Arena. In the total of the two matches, FC Bayern Munich is still trailing 1-0 against FC Villarreal. The clear optical superiority in the first half did not change anything. The German champions didn’t know how to use all the possession of the ball (a good 60%) as so often lately. With a bit of goodwill, two and a half notable goal scenes could be picked up. With much less effort, the guests also recorded two dangerous approaches to goal. Moreover, the Spaniards tried to follow through on their concept from last week today. At times the balance didn’t seem so perfect, but the result speaks for Unai Emery’s men. His opponent Julian Nagelsmann will find something and will still have to turn a few screws.

45 minutes (+4)Immediately afterwards, referee Slavko Vincic asked the players to take a break in the booths.

45 minutes (+4)Giovani Lo Celso places the ball in the left half of the box. That’s where Gerard Moreno stops, placing his left-footed shot over the side netting.

45 minutes (+2)The game flattens out a bit in this phase. The two camps are bogged down in duels. Guests are more efficient again.

45 minutesThe regulation playing time for the first round has just expired. There should be three more minutes.

43 minutesFor Robert Lewandowski, it was the first yellow card of the current competition. Anyone walking away from preloaded players today without yellow can breathe a sigh of relief. After this turn, all cards are discarded. Yellow card suspensions are no longer possible after the semi-finals.

41 minutesSuddenly there is the best luck in the game – and for the guests. Etienne Capoue plays straight from the center circle. Arnaut Danjuma gets up and walks away. And then the Spanish deficit of the first leg appears. The attacker misses the big opportunity miserably. Luckily for him, it would have been an offside anyway. A goal would therefore not have withstood the examination of the VAR.

39 minutesAs a result, tempers calm down again. FC Bayern continues to set the tone and is now definitely in the opposing half. You still radiate too little goal danger.

37 minutesIt would certainly be very difficult to draw yellow-red for this, Vincic does not do it either, and does not even penalize it as a foul. Nevertheless, Lewandowski now has to be careful. The ref then picks them both up and tells them to hold back some more.

36 minutesLess than three minutes later, the two reunite. Raul Albiol plays the ball. Robert Lewandowski is actually too late and is then touched by the Spaniard himself. A delicate scene!

With the sole open, Robert Lewandowski hits Raul Albiol’s right shin. The game continues at first, but as the visiting captain makes a lot of noise, Slavko Vincic whistles. With a lot of delay, the referee shows a yellow card.

30 minutesJamal Musiala and Raul Albiol have butted heads over this chance and now need treatment. But it’s not so bad for both of them, they can keep playing.

29 minutesAfter a short pass from Leroy Sane, Leon Goretzka crosses immediately from the right corner of the penalty area. In a central position and from almost ten meters, Jamal Musiala gets a header, which penetrates the axis and is taken over by Geronimo Rulli.

27 minutesWhat about standards? Joshua Kimmich fires a free kick from the left far into the penalty area, where Benjamin Pavard arrives too late.

26 minutesNow FC Bayern is besieging the opposing penalty area. Leon Goretzka steals a ball which is saved very briefly with his right foot in a half-right position. But there is another Spaniard on the way.

23 minutesVillarreal haven’t made an attacking move for a long time. Occasionally there is a long ball that the ever-watchful hosts can easily defend. The Spaniards are doing nothing more for the moment.

21 minutesThen it’s time for a one-on-one. Jamal Musiala wins in the area on the left. The angle is then not as favorable. The left-footed shot whistles through the goal area and passes the long corner.

20 minutesAs expected, the German record champions have the biggest share of the game and also strive for variety. Leroy Sane now flanks longer and beyond the far post. The head of Kingsley Coman in the middle then finds no buyer.

18 minutesThen Kimmich comes into action on a corner from the left. Leon Goretzka would like to extend the cross with a header, but doesn’t quite have the timing or the focus. This is how the ball lands in the goal.

16 minutesThis time Leroy Sane brings an emotional cross with his left foot near the right corner of the box. In the center, Joshua Kimmich, among others, tries to return, but jumps just under the ball.

14 minutesJoshua Kimmich plays the soulful diagonal ball in the sixteen from right half court. The ball bounces unfavorably for Thomas Müller, who is therefore unable to process the model directly.

12 minutesAfter a pass from Benjamin Pavard, Sané tries it from the second row. The shot from the left, however, lacks precision.

11 minutesThen the hosts introduce themselves. A long diagonal ball lands right in the box to Leroy Sane, who immediately lands it in the middle. The Spaniards close shop there – even when Leon Goretzka then attempted to ambush.

9 minutesVillarreal are not only stepping back, but trying in phases to succeed on their own initiative. FC Bayern also won defensively again. This way, the Spaniards avoid being under too much pressure.

8 minutesUnai Emery’s men are keen to consistently implement their concept from the first leg today. What worked in the past should also work today.

6 minutesThen Villarreal made him play to the end for the first time. Gerard Moreno shoots from a mid-right position. The right footed shot clearly misses the left corner of the goal. Manuel Neuer recognizes this very early on.

5 minutesMeanwhile, the guests are also actively involved in the game. The Spaniards, however, do their job very carefully and grope only very slowly. Nothing motivates the winner of the Europa League, he has the 1-0 in the first leg behind him.

3 minutesNow Müller is in the middle and is found by Leroy Sane. Accepting the ball near the penalty spot works well, but the corner shot doesn’t really test Geronimo Rulli. Also, the offside whistle sounds correctly.

2nd minuteThe German champions immediately take control and nestle in the opposing half. A first attempt to approach the door fails. Thomas Müller’s cross ends up in the goal.

1 minuteThe whistle has just sounded, the toast on the home side. In Fröttmaning it is quite mild 14 degrees. There should be no threat of precipitation from cloudy skies during the game.

Before the start of the gameIn direct comparison, the aggregate score after the first leg is only 2-1 for FC Bayern. Moreover, in all cases, these were Champions League matches, the first two of the group stage. The Munich side won their only home game so far against Villarreal in November 2011 3-1, reached the “dahoam Final” as the competition progressed and lost it to Chelsea on penalties to goal.

Before the start of the gameDomestically, things aren’t going so well for Villarreal at the moment, they are still only seventh in the Primera Division. The renewed qualification for international trade falls through. The 1-1 draw with Athletic Bilbao last Saturday was the third game in a row without a win.

Before the start of the gameVillarreal are in only their fourth appearance at Europe’s top level, but they have already reached the semi-finals once in the 2005/2006 season. The Yellow Submarine (Submarino amarillo) also celebrated the biggest success in club history on the international stage, but one floor below in the Europa League. In this competition, the Eastern Spaniards conquered the title in 2021.

Before the start of the gameIf the Bundesliga side win today, they will be in the Champions League semi-finals for the 13th time. In six cases they went further in the final. Three of those finals were won. Accustomed to the top category, the German champions naturally have a lot of experience in front of their club opponents.

Before the start of the gameAfter Villarreal’s 1-0 first leg win and the away goals rule no longer applies, it’s clear that a win with a two-goal difference will take Bayern to the semi-finals, with just one goal difference there will be extra time or even penalties. Of course, the German record champions have to endure the first defeat of the current competition, caused by the Spanish opponents last week. At least in the Bundesliga, the Munich side managed a narrow 1-0 win over FC Augsburg over the weekend.

Before the start of the gameUnai Emery changes nothing, returns the exact same starting lineup from last week in the race.

Before the start of the gameCompared to the first leg, there are two changes for the home team. Instead of Alphonso Davies and Serge Gnabry (both on the bench), Leon Goretzka and Leroy Sane slip into the Munich starting lineup. He therefore expects today a chain of three men and a reinforced midfielder.

Before the start of the gameFrom the start of reporting, we focus on personnel issues and primarily on the composition of the mutual teams. FC Bayern Munich tackles the task with this cast: Neuer – Pavard, Upamecano, Hernandez – Kimmich, Goretzka – Sane, Müller, Musiala, Coman – Lewandowski.

Before the start of the gameWelcome to the second leg of the Champions League quarter-finals between Bayern Munich and FC Villarreal.