Scientists are warning that the world could be on the brink of another Zika virus outbreak. The virus made headlines around the world in 2016. Thousands of babies were born with brain damage after their mothers were infected during pregnancy. According to American researchers, a single mutation is enough to trigger an explosive spread. The BBC reports. Are invasive mosquito species a threat to us in times of climate change?

If a mother contracts the Zika virus during pregnancy, it can harm the baby’s development and lead to microcephaly, with damaged brain tissue. Zika is transmitted through the bites of infected Aedes aegypti mosquitoes.

A lab study from the La Jolla Institute for Immunology in California, just published in the journal Cell Reports, states: The Zika virus can change very easily and quickly create new variants. They would then have much more success in the transfer. This is even in countries that have developed immunity after previous Zika outbreaks, according to the research team.

Lab tests only show the obvious

“Ultimately, however, the researchers here in the lab only proved that the Zika virus can also mutate rapidly,” says medical expert Dr. Christophe Specht. “But not surprisingly, this applies to almost all viruses.” There would therefore be no great concern for the individual in Europe and Germany – because the expanding mosquito species Aedes aegypti is mainly at home in Asia and on the American continent.

Moreover, only 20% of all affected people are symptomatic after an infection and a course of Zika disease is rather harmless, according to the expert. In this country, only people who want to travel to the affected parts of the world and plan to have children need worry.

Nevertheless, German health authorities such as the Robert Koch Institute also monitor very closely which mosquitoes and thus viruses and parasites are spreading in Europe and Germany. Because since 2015, we see more and more that certain species are settling more and more here.

“In principle, the famous old tire filled with water on a boat is enough to provide mosquitoes with a breeding ground,” says Specht, who benefited from part of his training at the Liverpool School of Tropical Medicine. In this way, previously non-native species are brought to Europe.

IN VIDEO: Sterilizing mosquitoes to save lives (archive, 2019) 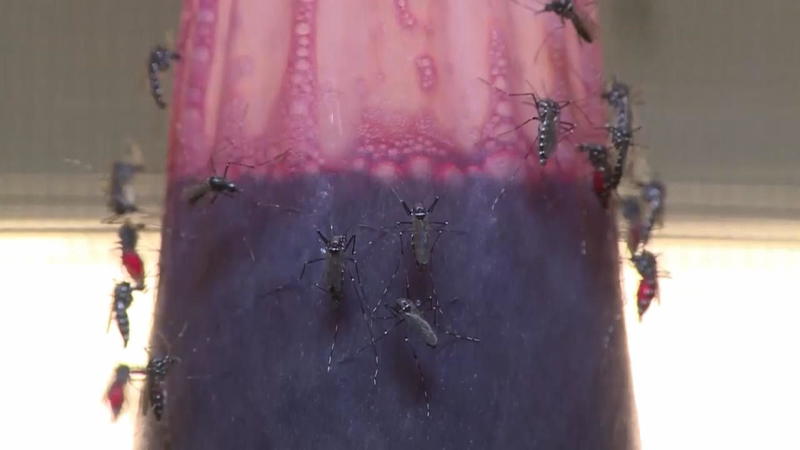 Malaria was not defeated in Europe until the late 1960s

For example, after decades of absence, the Aedes aegypti mosquito reappeared in 2020 on the Black Sea coast in southern Russia, in Georgia and also in Turkey. Additionally, the species was responsible for a dengue epidemic in 2012-2013 with approximately 2,000 cases recorded in Madeira, and in 2017 it was detected in Fuerteventura.

And indeed, not so long ago that malaria, for example, was a problem in Europe, especially in Italy – although, thank God, the most harmless variant Plasmodium vivax. It was only at the end of the 1960s that it was possible to eradicate mosquitoes and therefore pathogenic parasites in Europe.

cycle between humans, animals and insects

In order for mosquitoes to transmit diseases, the climatic conditions here must change. Because the development cycle of mosquitoes – and therefore of viruses and parasites – is faster at high temperatures and good food availability. “This is the classic case in the Rhine Graben,” says Specht.

Viruses, bacteria and parasites can also grow there under suitable climatic conditions. Before diseases such as dengue fever, Zika, West Nile fever and malaria can spread again, a stable cycle of infections in humans, animals and insects is also required.

Reading tip: WHO warns – Malaria could spread again in Europe

Climate change is becoming a problem for us too

“It’s a problem to come,” the prevention doctor tells us, “you absolutely have to keep this on your radar.” At the moment, however, it doesn’t look like an acute threat – but it will come if climate change continues to unfold. “Surveillance, that is, control by the authorities, is necessary to first recognize: ‘Where is what?’”, says Specht, “but it is not easy”.

In subsequent stages, attempts will then be made, for example in the case of the Rhine ditches, to decimate the mosquito populations by means of biological pesticides or male sterilization.