Five full days without a new Realme smartphone can really drain the stuff. It’s good that the Oppo subsidiary is helping out with the Realme 9 Pro+ in the Free Fire limited edition next week. What can you expect here? A well-known smartphone with a co-op design for game publisher Garena. Not to be confused with the German manufacturer of garden tools. 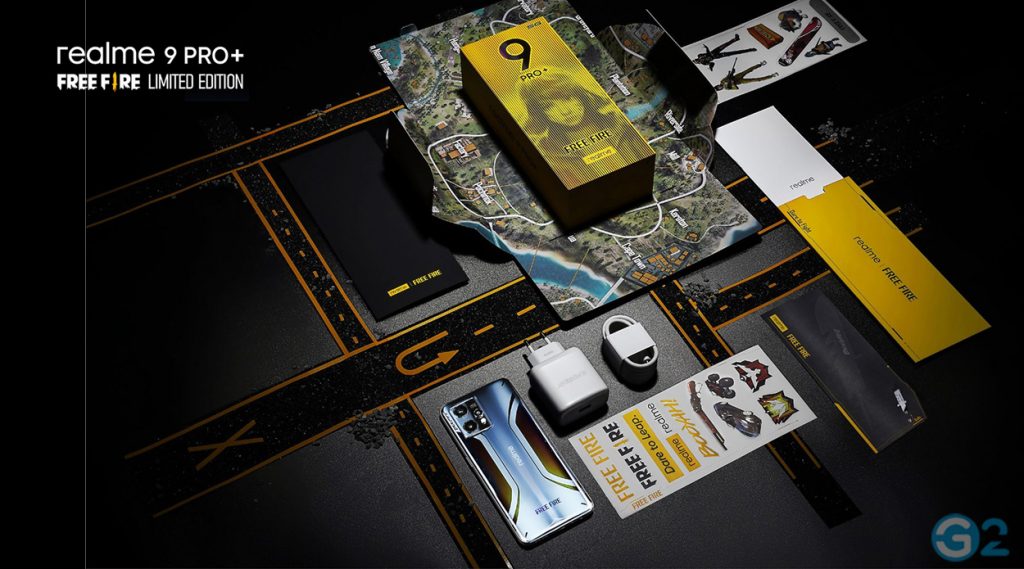 [Ironie] While it can’t be a new smartphone or a copycat smartphone from a sister company, Oppo’s subsidiary Realme is also happy to help with a limited edition. It’s the only way to stay true to its motto of being “the fastest growing smartphone brand in the world”. [/Ironie] Much like the recently released Realme GT NEO 2 in the Dragon Ball Z edition, today the company presents us with the Realme 9 Pro+ in the limited Free Fire edition.

In order to explore the possibilities of design and push the boundaries between technology and trends, Realme is always looking for suitable brand cooperations and the implementation of meaningful cooperations – true to the motto “Power Meets Style” , which has been found in almost every generation of products since Realme’s inception.

Any cooperation is welcome

The German press agency lists cooperations with Japanese designer Naoto Fukasawa, Hermès designer José Lévy and the Dragon Ball Z animated series based on the Japanese manga. And now it should be a Realme 9 Pro+ in the Free Fire Limited Edition with game developer Garena. And while the Dragon Ball Z edition is only available in China and therefore the German language is missing on the smartphone, the Free Fire edition should also appear on German shelves from April 21. A survival shooter copied from Fortnite Battle Royale.

Since it has been available in Thailand since April 12 for the equivalent of 330 euros, we also know that the technical equipment is completely identical. The pure Realme 9 Pro+ currently costs just under 350 euros* at Amazon. It would be a 6.4-inch AMOLED display (2400×1080 pixels) including a 16-megapixel front camera in the top left of the panel (punched hole). A MediaTek Dimensity 920 (System on a Chip) SoC serves as the player with 8 GB of RAM and 128 GB of internal program memory (UFS 2.2). The battery has a capacity of 4500 mAh. 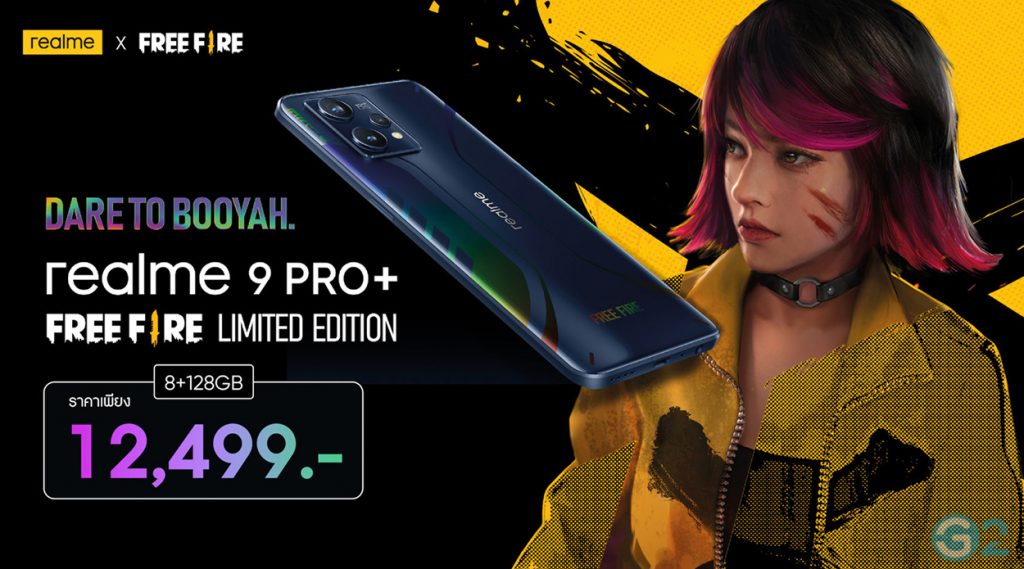 The triple camera on the back consists of a main camera with 50 megapixel resolution (Sony IMX766), an 8 megapixel ultra wide angle lens and a 2 megapixel macro lens. Stereo speakers are also on board, as is an NFC chip for contactless payment and a fingerprint sensor under Corning Gorilla Glass 5.

*Note: The article contains affiliate links to retailers. If you buy a device through such a link, you support GO2mobile. There are no additional costs for you.