Bitcoin price is showing resilience as it bounced off the August low, indicating willing buyers. On a lower time frame, BTC produced a bullish market structure shift which also confirms a possible reversal.

Bitcoin price pulled back from the 23% gains it saw between September 7th and 13th as it collapsed 15% between September 13th and 16th. The surprise move was triggered by the Consumer Price Index (CPI) announcement.

Despite multiple attempts, sellers were unable to break the August low of $19,539, which indicates willing buyers. Going forward, investors can expect BTC investors to attempt a rally higher, which, after accumulating enough momentum, could produce a higher top above the recently formed top at $22,850. 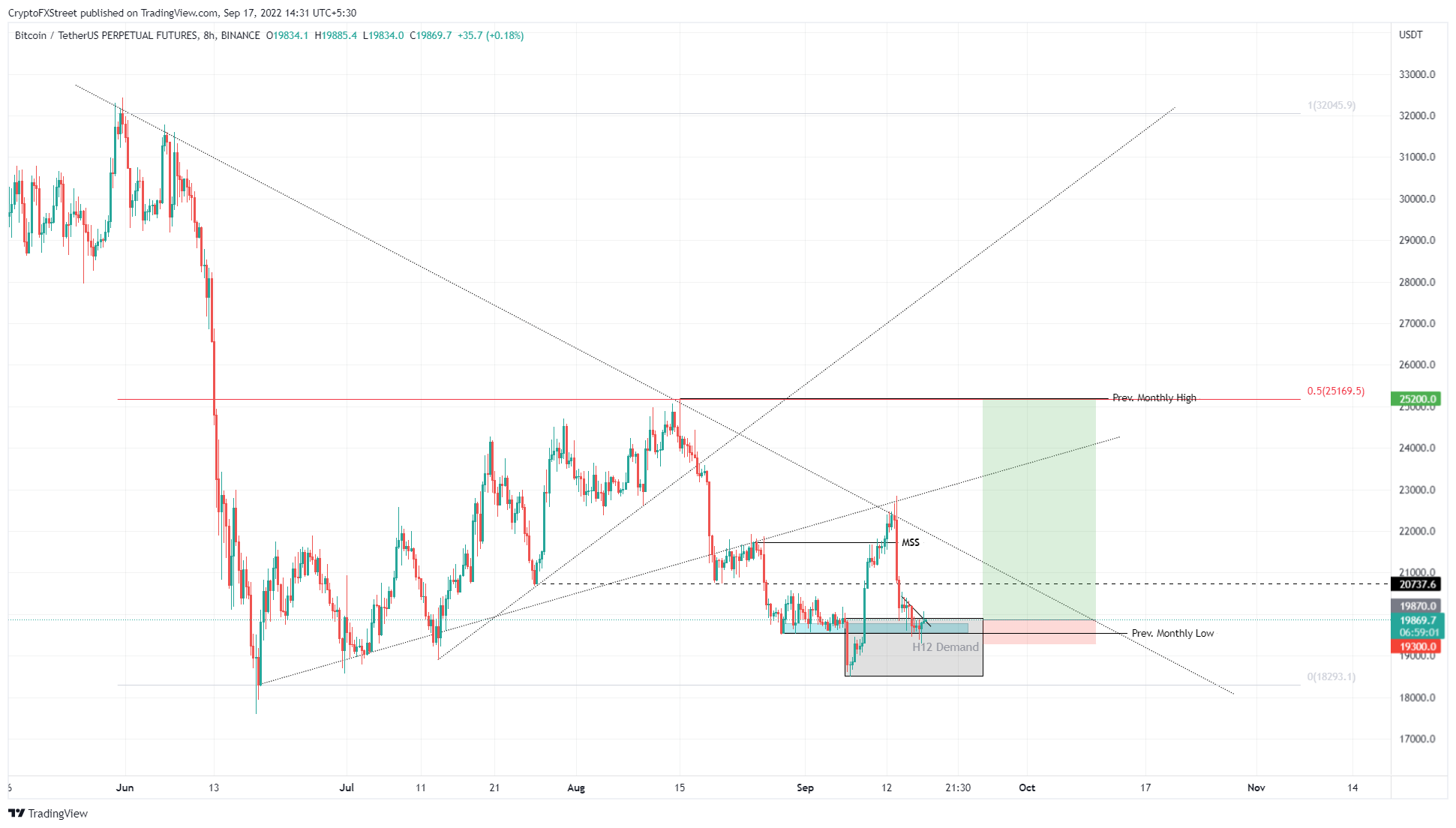 While things are looking at Bitcoin price from a lower time frame perspective, the overall outlook still screams bearish. Hence, if the sellers come back and produce a daily candlestick closing below the 12-hour demand zone, extending from $18,500 to $19,909, this will create a lower bottom and invalidate the bullish hypothesis. This development could see BTC crash to $17,593, the swing low that formed on June 18.